Dr. Manning’s Journey From Adversity to Bedside, Business, Practice and Beyond 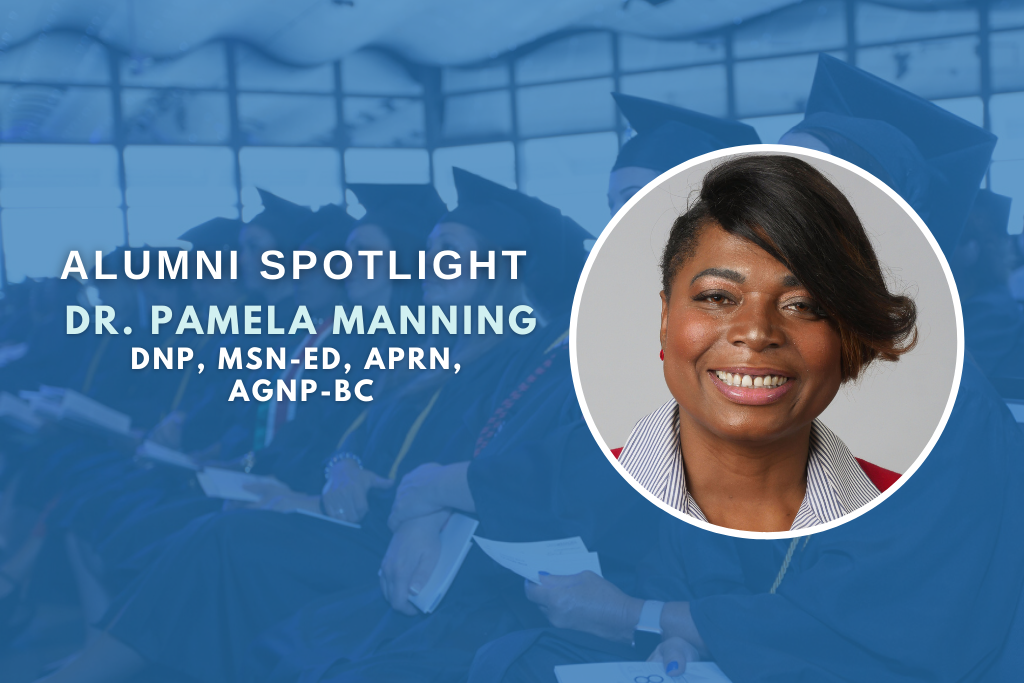 “I make sure I’m living as if it’s my last day. But I do not waste moments. Everything that I do in my life is always strategically planned, and it always has a purpose to help others,” says Dr. Manning, who earned both her MSN in Education in 2015 and Doctor of Nursing Practice (DNP) in 2020 at Aspen University. 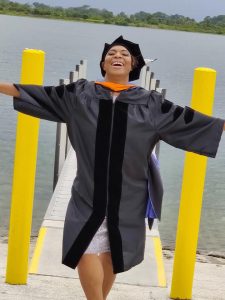 But 30 years ago, these feats would have seemed impossible to Dr. Manning. Originally from Jamaica, she moved to the United States when she was 12 and had a childhood dream of becoming a doctor. Those goals were shattered in high school when she discovered that she was living undocumented in the states and lost a scholarship to medical school as a result.

“My world ended then,” says Dr. Manning, who made the discovery when she was filling out scholarship paperwork.

“It was a lot of struggles from there to try to get into a school. I didn’t get my scholarship because you needed papers. That’s why I’ve continued one class at a time,” she says, recalling this time as a humbling beginning. “And now I’m 50 and just got my doctorate.”

Dr. Manning was recently selected to speak at Aspen’s virtual 2021 Biannual Research Colloquium, where she will present her doctorate research, “The Health Implications of Nurse Burnout and Interventions,” on April 1.

“The moment you recognize that these obstacles are only to strengthen you is the second that you will overcome them.”

Along with many nurses, burnout was something the alum experienced in her various bedside roles, and she wanted to bring attention to the issue. Inspired by her DNP research, Dr. Manning also created the nonprofit group Escape for Nurses—where nurses can participate in self-care activities, including spa retreats, yoga, networking dinners, and educational activities to reduce burnout.

“I know how important it is for us to take time for ourselves,” she says, explaining that nurses can also experience risks of depression and suicide. “Because nurses don’t just care for patients. When they get home, they’re caring for their spouse, their kids, and they go through the normal mode at home. You don’t get downtime.” 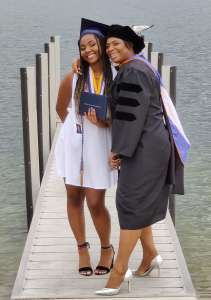 Dr. Manning’s nursing journey began when she decided to leave her job at Motorola and go back to school for a career change. With 12 nurses in her family, she naturally gravitated toward the field. It wasn’t easy for her to juggle three kids while attending nursing school, but she still fell in love with nursing.

“My first semester was brutal. I cried all the time because no matter how hard I studied, I would barely pass those tests,” she explains. “These are some of the challenges that I had to do, and I would not give up. I just had to keep pressing forward.”

Another challenge Dr. Manning faced as a student was writing, especially APA Style. She still remembers a defeating experience in high school when she received six Ds on a term paper.

That all changed when she began taking her MSN courses with Aspen’s Dr. Nina Beaman. At first, she felt discouraged every time she received red marks and corrections all over her papers. But Dr. Beaman would also take the time to send helpful videos or readings that guided Dr. Manning through all her mistakes. Her writing improved with every new assignment, and she earned nearly perfect grades by the end of the courses.

“Dr. Beaman took me under her wing, whether she realizes she was doing it. I hold on to an APA document she sent me,” she says, adding that she still shares the doc with other nurses who struggle with writing.

She credits Dr. Beaman for helping her overcome her longtime writing fears. And Dr. Manning’s newfound confidence prompted her to write two nursing books, Breakthrough Nursing Exams—for students preparing to take the NCLEX—and Steps for NPs to Open a Private Practice. Dr. Beaman also brought Aspen’s DNP program to her attention when the alum reached out to her years later. 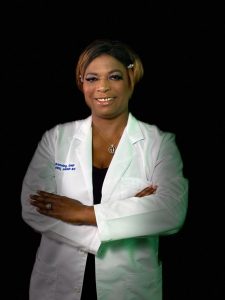 After earning her MSN at Aspen, Dr. Manning also became an adult-gerontology nurse practitioner and opened her own primary care office, Legacy Advanced Health, in Coral Springs, Florida. She decided that advancing her education even further with a DNP was the next best step for her nursing career and medical practice. And while she describes herself as a lifelong learner, Dr. Manning explains that disparities in the field also pushed her to achieve multiple advanced nursing degrees to get ahead:

“Even though nursing is a caring environment, we’re not so caring for each other. You care for your patient, but it is such a disparity when it comes to working as a team. When I’m working in the hospital as a minority, it is a lot of segregation. It was constantly these new nurses who became your leaders with no experience, and there’s more qualified people on the floor they refuse to give these positions to. I have applied multiple times for positions that are open for 300 days and couldn’t get it. If one door closes, I always look for another way around.”

Dr. Manning credits her doctorate title and MSN in Education degree for helping her land a new opportunity as the Director of Nursing at a private school, where she’s currently developing their nursing program.

“The fact that I got my DNP is what granted me the position,” she says. “ I wasn’t even looking for the job when they found me. They just saw me doing my thing on social media and reached out to me, and the next thing you know, I’m creating their nursing program. And because of what I’ve learned in my master’s program at Aspen, I’m able to create a curriculum.”

She’s also using her teaching skills as a mentor for other nurses and entrepreneurs and for an online nursing school review program she created, called NCLEX Clinic, where aspiring nurses and students can sign up for virtual coaching and NCLEX prep.

While Dr. Manning has completed her time at Aspen, she still advocates for the school on social media and is always recommending the programs to other nurses who reach out to her.

What advice does she have for fellow nurses who are struggling in school?: “The moment you recognize that these obstacles are only to strengthen you is the second that you will overcome them. Some of the greatest pain in my life is what I use right now to help others. Now that I’m able to look back at those obstacles, I have recognized they were for my good.” 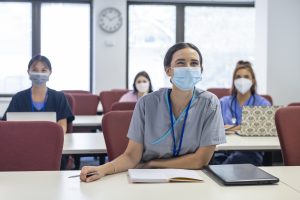 What is the HESI Exam and How to Prepare? 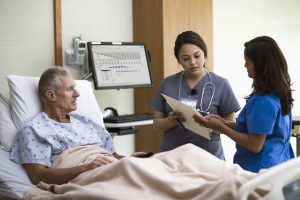 What are Clinicals in Nursing School? What to Expect 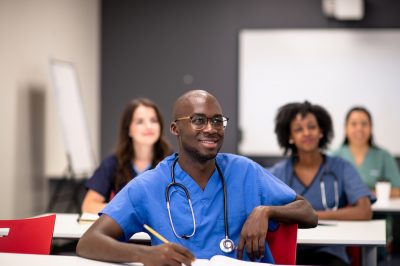 12 Important Tips on How to Survive Nursing School