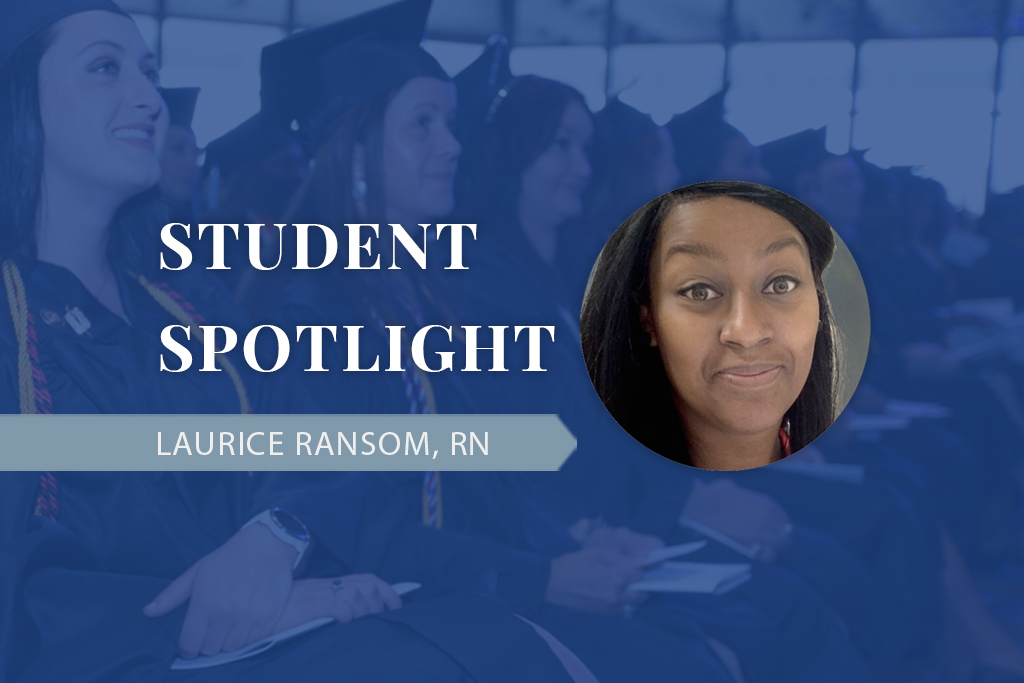 “At the time, Alabama was at the beginning stages of their numbers and testing, and New York was in a very dire need. I feel like it was my duty to go out and help,” Laurice said from a Manhattan hotel room.

Ransom works as an ICU nurse in both Alabama — and now the night shift in NYC. She is used to seeing intense situations unfold. “If they get to me, they are in bad shape.”

Laurice looks for opportunities to think positively. “On Thursday, I had my first patient that I had since day one that was intubated. He was extubated, he actually walked and went home. Yeah, so that was a big deal to me.”

Instead of day-to-day, Laurice lives second-by-second. “Your day can start one way, and it can go in an entirely different direction.”

She and her fellow healthcare workers are “teammates.” Laurice works with people from all over the country who travelled to New York to help out. “Just because your patient may be stable, if a call comes in, that is now your patient as well. So, we have to work together in the ICU because anything can change.”

Laurice says prayer, as well as reaching out to family and friends, prepares her mentally for each day. “I don’t think I could make it without God and those people in my corner supporting me. God equipped me to do this.”

The ICU patient that walked out a day earlier after all a month intubated would probably agree. “It was so weird. He was from another country and he was talking to the physician that was from another country. He turned to me and said, ‘Thank you,’ and I was like ‘Huh?’ He said, ‘Although you kept your face covered up, your Southern dialect, it made me warm inside. I remember every prayer you prayed over me. Thank you.”‘

Laurice plans to return home within the next week. “Alabama has changed significantly since I’ve left. Just as I gave New York help, I got to give my own state help. I have a family I have to go back home to. I’m planning to get tested myself. I am going to spend plenty of time with my babies once my testing is negative.”

When asked about the demonstrations popping up around the country protesting stay-at-home orders, she added, “I think they need to walk a mile in our shoes. There are people who can’t stay at home and what the system is asking of them is important. Staying home is saving lives. Just because you’re asymptomatic, you may come in contact with someone and give it to them, and they may not be asymptomatic, and they can die.”

What has Laurice learned about herself through this experience? “It’s a strength that I didn’t know that I had.”